Note: I feel like this ended up being a bit of a flop, it was a mistake to compare Sword Art Online with something as rich as Revolutionary Girl Utena because the conclusions I draw will inevitably be reductive. Honestly, Utena is like a critique of everything SAO does. Kirito and Utena. What could they possibly have in common, besides swords? Not much, so this is gonna be a short post, unless I decide halfway to start gushing about how much I love Kirito (it didn’t). 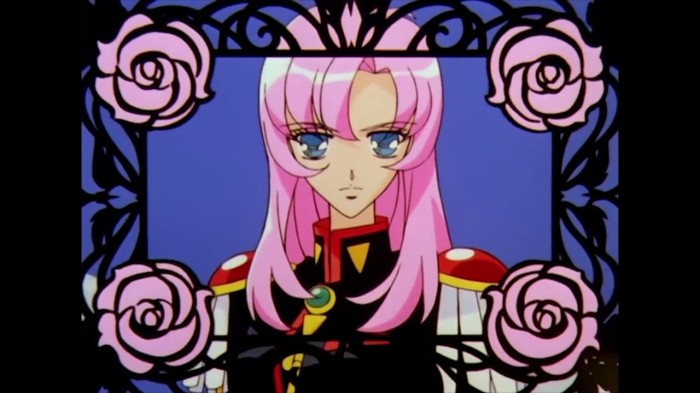 The fourth episode of Revolutionary Girl Utena starts with Miki and Utena about to duel, with Miki going on about how he has to possess Anthy to be able to protect her, after that, the rest of the episode is a flashback and it cuts to a scene where Miki is playing piano. In the Sunlit Garden arc, Miki fetishizes Anthy as a replacement for his sister and wishes to take possession of her by winning her in a duel from Utena. Utena goes on a rant about how Anthy shouldn’t be treated like an object, and Miki says the same thing VERBATIM to Touga and Juri when proposing that the student council be disbanded. In this arc, as is the case for most episodes of Utena, Utena is not the protagonist as much as she is a character that functions as a narrative tool used to prompt growth in the focus characters. Over the course of the series, Utena’s actions prompt most of the student council to fall in love with her. Kirito functions similarly as an auxiliary character throughout much of Sword Art Online. The best examples would be in episodes four and seven of season one, the Black Swordsman and Temperature of the Heart. Although it is much more direct in Kirito’s case, he, like Utena, functions to prompt growth in the focus characters of those two episode, Silica and Liz. Silica, well Silica doesn’t actually grow at all, but Liz does. Well, now that I think about it, Liz’s character development consists of, uhhhh, falling in love with Kirito. Okay, bad example. The better examples are the Fairy Dance, Phantom Bullet and Alicization arcs. Each of those arcs focus primarily on the development of a character other than Kirito. In Fairy Dance, its Suguha, in Phantom Bullet, its Sinon, and in Alicization, its Eugeo. 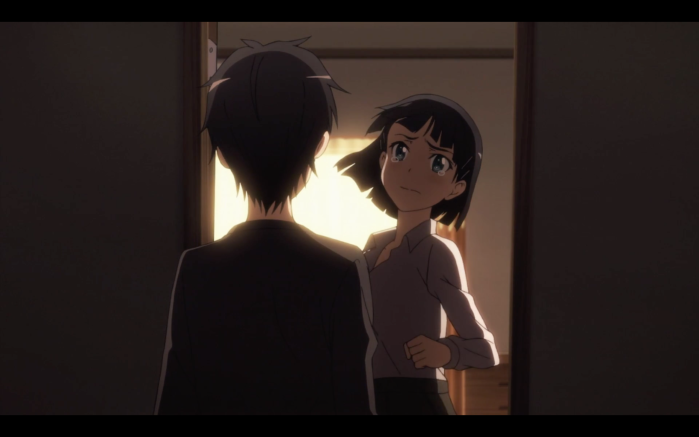 Suguha is by far my favorite of these characters, and her story is one of escaping into video game adventures with the mysterious Kirito to avoid having to face her complicated feelings for her brother. She originally got into VR games as a way of connecting with her brother who’d lost so much time in the real world because he got trapped in SAO. While unknowingly going on adventures with that very brother, she comes to learn from Kirito that there’s no difference between the virtual world and reality, something demonstrated hilariously when she realizes Kirito, who she fell in love with, is literally her brother, the guy she was trying to forget about. And though she had her heart broken twice in the process, Suguha managed to regain a close relationship with her brother (who’s actually her cousin). Sinon uses Gun Gale Online “to get stronger” as a means of coping with her past trauma and Kirito shows her that her conception of what constitutes strength is off base, allowing her to find her real strength. That being said, that arc also revolves around Kirito dealing with PTSD and having to face the fact that he’s killed three people, but the emphasis is definitely on Sinon’s journey. Like Suguha and Eugeo, the ED of Sinon’s arc focuses entirely on her. In Alicization, which puts more focus on Eugeo than those other two arcs put on their heroines, Eugeo is struggling to learn to think independently of the corrupt laws that govern their society. So, like, there’s kinda a parallel between Utena and Kirito. In the segments that focus on other characters, in both shows, the protagonists serve as tools for advancing the narratives of the focus characters.